Reporting before the stock market opened, the world’s largest retailer posted net income of $3.6 billion, or $1.27 per share, for the quarter that ended June 30, compared with a loss of $861 million, or 29 cents per share, in the same period a year ago. Walmart had nonadjusted per-share earnings of $1.26.

The results topped the average earnings estimate of $1.22 per share from 27 analysts surveyed by Thomson Reuters. Revenue rose 1.8% over last year’s second quarter, reaching $130.4 billion including membership fees and other income.

U.S. sales were the “big driver” in the quarter, said Brian Yarbrough, a retail analyst with Edward Jones. “That’s 70% to 75% of the operating income,” he said, noting strong sales both online and in stores open at least a year.

Walmart’s U.S. division, the company’s largest, posted net sales of $85.2 billion, up 2.9%. Sales at stores open at least a year, considered a key indicator of a retailer’s health, climbed 2.8%, while e-commerce sales grew 37%.

More than 1,100 stores now offer same-day grocery delivery, and Walmart now has more than 2,700 grocery pickup locations. Grocery sales were up, though the retailer doesn’t provide exact figures. The grocery category includes both food and consumables such as paper goods and cleaning products.

Karen Short, a managing director at Barclays, said Walmart’s strength is in food, where it continues to gain market share. Food brings people into the store, “and if you’re getting that customer in the door, you’re probably going to have a much better chance of getting them to buy something that’s discretionary,” she said. “So the fact that food is working extremely well is a very strong competitive advantage versus a lot of their competitors.”

Nine of the division’s 10 markets saw positive same-store sales growth compared to the year-ago quarter, helped by the Easter holiday. Two key markets — Walmart de Mexico y Centroamerica and China — saw gains in same-store and net sales as well as operating income. But in Canada and the U.K., the other two key markets, same-store sales and operating income fell. Net sales in Canada increased slightly, however, while the U.K.’s dropped.

The consumables category led same-store sales. In the technology, office and entertainment category, soft sales of consumer electronics and office supplies were partially offset by improved sales of mobile phones.

Brett Biggs, the retailer’s chief financial officer, said in the earnings report that Walmart returned $3.1 billion to shareholders during the quarter through dividends and share repurchases. That’s an increase of 8.8% from the same period last year.

Walmart also raised its guidance in some areas for the fiscal year. Biggs said these include Walmart U.S. same-store sales, consolidated operating income and earnings per share.

Short found it noteworthy that Walmart “felt confident enough in the fundamentals of their core business to be able to raise guidance in spite of the fact that there’s a lot of uncertainty” around new tariffs on goods from China. One set of tariffs will be implemented Sept. 1, with another potentially coming in mid-December.

In the report, Doug McMillon, Walmart president and chief executive, expressed sympathy for employees and customers affected by the recent shootings at Walmart stores in El Paso, Texas, and Southaven, Miss. He said the retailer will use those experiences to identify ways to make stores safer.

Since the shootings, Walmart has been criticized for continuing to sell guns in many of its stores. McMillon said Walmart accounts for about 2% of gun sales in the U.S. and stopped selling “military-style rifles such as the AR-15” in 2015.

McMillon called on Congress to take action regarding gun sales, saying, “We believe the reauthorization of the assault weapons ban should be debated to determine its effectiveness in keeping weapons made for war out of the hands of mass murderers.”

In response, the employee activist group United for Respect issued a statement calling on McMillon “to step down from his advisory role to the President and to publicly reject the racism and xenophobia that drove the recent hate crime in El Paso and to change Walmart’s policy to disallow open carry in all stores.” 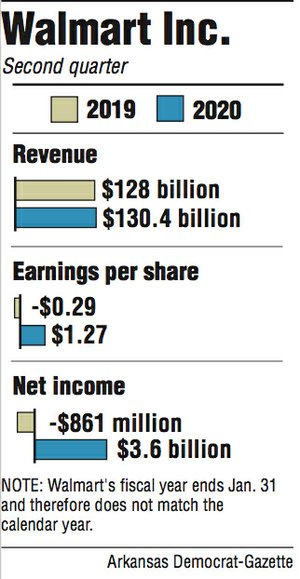