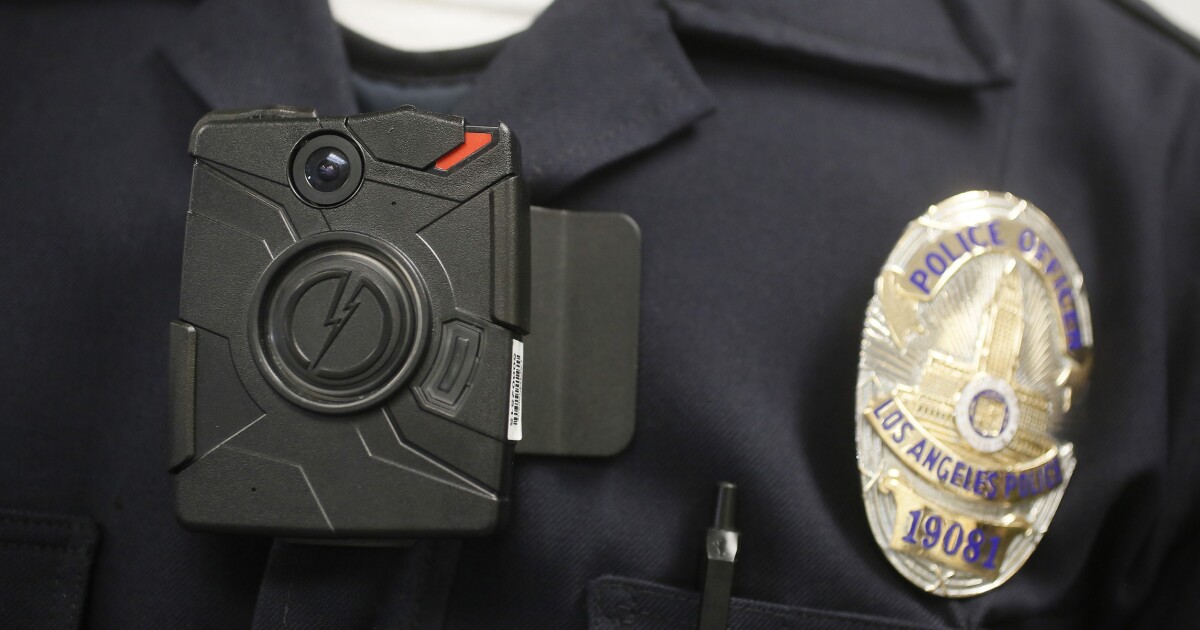 House Democrats are renewing a push to require the country’s 80,000 federal immigration and border employees to wear body cameras while on the job.

Rep. Adriano Espaillat, D-N.Y., on Wednesday reintroduced a 2017 bill that would mandate the 60,000 employees of U.S. Customs and Border Protection and 20,000 within U.S. Immigration and Customs Enforcement to record their interactions with people.

The ICE and CBP Body Camera Accountability Act would require body cameras be worn by all law enforcement and the footage from any incidents be made available to the defendant and plaintiff.

Espaillat said a group of Hispanic Democrats chose to bring back the body camera bill and other immigration-related legislation in the wake of President Trump’s State of the Union address Tuesday.

“What we witnessed during the State of the Union address was more of the same – criminalizing immigrants, promoting inhumane policies that separate children from their families and raid sensitive locations such as public schools and courthouses. My colleagues and I are introducing this series of bills, a legislative package that will protect immigrants, immigrant families, and hold the Trump administration accountable,” Espaillat said in a statement.

Rep. Jesus Garcia, D-Ill., a co-sponsor of the bill, said installing cameras on federal agents will give a more clear representation of what happened during run-ins with illegal entrants.

“[W]e can keep ICE and CBP agents accountable by requiring them to wear body cameras to protect the civil and human rights of the immigrants they arrest and detain. The three legislative proposals we are introducing today will address very important problems created by Trump’s inhumane polices,” García said.

ICE spokesman Matthew Bourke said the agency does not comment on proposed legislation, but did say the agency remains “dedicated to conducting immigration enforcement humanely, respectfully, and with professionalism.”

The cameras would have to be turned on at the start of a shift and could only be turned off at the end.

Body cameras have been adopted by many state and local law enforcement agencies over the past few years as a result of controversial police shootings that led to activists demanding police actions be recorded.

The Reunite Every Unaccompanied Newborn Infant Toddler and Other Children Expeditiously seeks to release an unspecified number minors from Health and Human Services Department custody and adults from ICE custody.

CBP did not immediately respond to questions on whether they support the policy.

Defending the agreement was Danielle Outlaw, then the deputy chief of police in Oakland. She told a city committee in 2017 that although the police valued the city’s policy to not cooperate with ICE on […]

Arctic sea ice acts as a massive parasol for the planet, its white surface reflecting the sun’s rays back into space and keeping the air and ocean cool across the top of the globe. As […]